You are here: Home1 / Weekly Thoughts2 / AI Can Mimic Human Creativity. What Now? 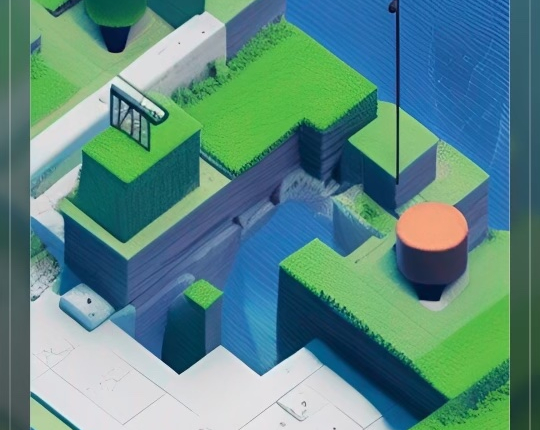 How AI will effect advertising, coding and education in the short term.

All my life I thought that AI would spare creative pursuits.

And, I was confident that jobs in actuarial science, logistics and radiology were at-risk because AI can analyze data faster and better than humans. But that was okay because I wasn’t a ‘stem person.’ Last week I realized that AI is coming for my job, too: as a student and as a creative person.

OpenAI shared GPT-3 and Chat-GPT, the newest version of their natural language processing AI. This generative AI produces outputs in text based on human questions. It offers a “Playground” for users to interact with the engine.

I haven’t stopped “playing” since signing up. I’ve had GPT-3 write ad copy, condolence letters for my friend’s cat, solve math problems, write parody songs about Bob Chapek and churn out academic essays (that I did not turn in).

Unlike other software programs, GPT-3 is not purpose-built for a specific use. Instead, it is built with a unique skill: mimicking natural language with stunning accuracy.

From the professors, students and religious leaders I’ve talked to, everyone is amazed and fearful about its impacts on humanity.

Here are three ways it will shift the world in the coming months.

Every step in the ad funnel will be touched by AI. In a brainstorming session, it will be used to rapidly prototype ad copy and creative. Trained on a consumer model like Neilson and with social media scraping, AI could construct a simulated test audience. Based on the reactions of this audience, the AI could optimize the ad for best performance.

Advertisers already segment consumers into like groups to better target ad content. But this practice is blind to people’s individual differences. For example, Joe and Jane are both in the “high achieving white suburbanite,” category but AI can see that Joe is a Republican and Jane is a Democrat through their Instagram. So, an advertiser running a campaign with a Black empowerment message may choose to send them two different versions of the ad, one with a strong signal and one with a weaker signal, each created by AI.

If the ad is sent for digital distribution, the copy, creative and offer can be altered for each individual recipient, increasing the likelihood of conversion.

Coding, although it is a stem field, involves creative problem solving. I talked with computer science students yesterday who were already using GPT-3 to help them write and fix code that doesn’t run properly. The AI engine can write functions in many different languages based on plain text descriptions. One of them said that he is worried that AI will knock out his future job as a coder, remarking that maybe he just has to be a good question and query asker.

Educators try to encourage students to think critically and write creatively to further their learning. The alarm bells are ringing everywhere, as GPT-3 and Chat-GPT are excellent at writing essays and answering questions on all topics. Daniel Herman writes for The Atlantic that GPT-3 is “The End of High School English,” saying that it can write better essays than most of his students. At the University of Wisconsin-Madison, department heads are sending frantic emails warning teachers to be aware of student’s using AI. But currently, there is no way to tell the difference between something written by AI and something that is not.

I remember learning to format search queries for the best Google results in grade school. No longer. GPT-3’s ability to take an unformatted input and give a coherent output is uncanny. It solved a complicated, scenario-based math problem of mine with ease.

Until an AI detection software comes up, educators will have to rely on student’s to be honest. In the meantime, only students who are honest will actually learn anything.

What a record player taught me about UX
Scroll to top